The Baltic is a schooner. For those who are not nautically trained: with a schooner, the rear mast (the large mast) is higher than the front mast (the schooner mast). A schooner is very popular with those who mainly want to sail fast, in which of course also the hull shape, the amount of sail and the wind play a role.

The 3 sister ships of the Baltic that are built in the Netherlands are all ketch-rigged. With a ketch the rear mast (the mizzen) is lower than the front mast (the large mast). A ketch sails more conservatively. The ship leaves a little less quickly and you have a bit more balance.

That schooner rigging made us doubt for a moment whether we should buy the Baltic, because we are both very fans of a ketch. We find it not only more beautiful, but also better fit the areas where we will be taking the ship later.

But, well, we bought the ship, the masts went on the side, and Olivier van Meer drew them exactly so that SRF can remake them in steel. Arranged.

But the idea of ​​a ketch occasionally reappeared. Certainly when we saw a photo of the sister ship Vesta. “Very nice, like ketch,” we thought. Shouldn’t we …

We made a print of the drawings, brushed the masts away and drew a ketch rig on it ourselves. “That’ll be it,” said Marijn. And so it is. Just like the Vesta, the Holland and the Zeearend, the Baltic will soon also be a ketch. 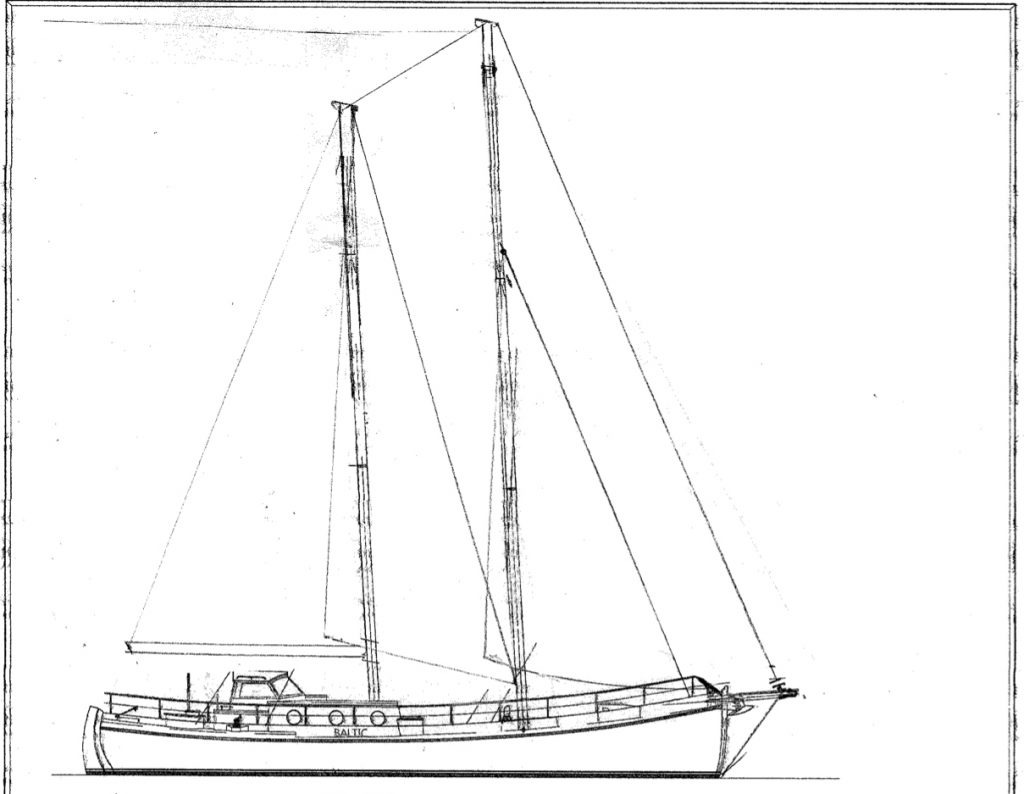 Midnight sunSail & Hike: what can you expect from the mountain hikes?